This week we asked Assistant Professor of Government David Bateman to share a few comments about his favorites books at the moment. Here are his top picks! 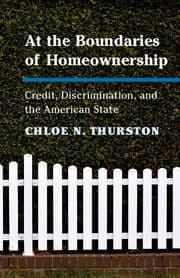 1. Chloe Thurston, At the Boundaries of Homeownership

This is a fantastic book that I was excited to read and now am even more excited about re-reading. Thurston provides a political and historical perspective on how state, professional, and industry actors fashioned America’s consumer credit market, and in particular its mortgage and home financing sectors. But the real focus of the book is on how people situated outside the boundaries of these markets organized against their exclusion, either by contesting the basis of discrimination or by organizing against components of the market system itself that restricted access to homeownership. Anyone interested in the intersection of the state and market, in the discriminatory policies and class stratification underlying homeownership, will find this book a must-read. 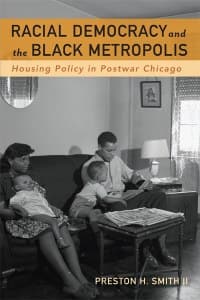 I’ve been excited about this book - a study of the debates over housing policy in post-WWII Chicago - for a while, and am eager to dig in. Smith promises to complicate our understanding of the processes through which patterns of racial and class segregation were entrenched in postwar American cities. The major contribution comes from his attention to how distinct class interests among African Americans contributed to the contours of these debates, even as the basic parameters continued to be set by white professionals in the real estate industry and government. He traces a shift in this discourse as an emphasis on social democracy – in which the focus was securing housing for all – was displaced with what Smith calls “racial democracy” - where the focus was on securing equal access to middle-class housing without racist barriers - confining the large majority of African American Chicagoans to substandard and unequal housing along class-stratified lines. 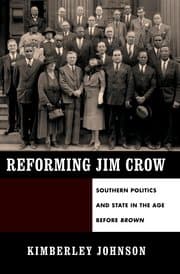 Reforming Jim Crow is an extraordinary analysis of an often neglected phenomenon, the “progressive,” largely middle class and largely segregated, southern reformers who sought to modify and improve the Jim Crow order. Johnson shows how the Jim Crow order, despite its broad intellectual and cultural support, required constant redefinition and re-legitimization. This provided space for reformers – including African Americans insistent that the “equal” part of “separate-but-equal” be secured, and whites looking to improve and perfect a system of “racial management” by the “respectable” middle and upper-classes – to work together in odd-alliances to reshape the politics and contours of the southern states. Their efforts, argues Johnson, ultimately contributed both to contradictions that weakened the Jim Crow order internally, and resulted in a network of organizations that could sustain the emerging civil rights movement. 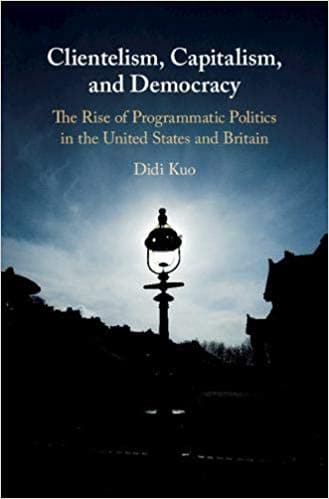 4. Didi Kuo, Clientelism, Capitalism, and Democracy: The Rise of Programmatic Politics in the United States and Britain

Didi Kuo’s book starts with a vitally important question for democratic politics: how did mass political parties transition from the clientelistic and patronage-based machines of the 19th century to the programmatic, and possibly even ideological, parties of the 20th and early 21st century? Kuo argues that the rise of corporate capitalism, with its self-conscious professional-managerial class, helped consolidate a national business community that had both the incentive and capacity to reform the parties. These reform efforts, in turn, led the parties to professionalize and adopt systematic linkages with newly organized interest groups, most importantly business interests. This was a double-edged reform, as the clientelism and the “spoils system” it displaced had provided average citizens with access to government and the ability to secure some of the material benefits implicit in its services. 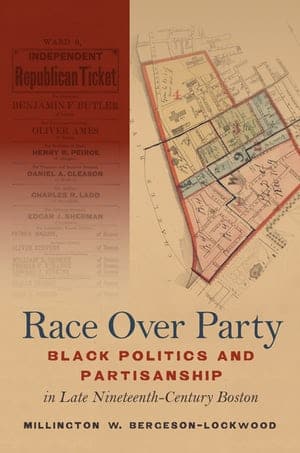 This is another book that I have been very excited to read. Bergeson-Lockwood provides a micro-level analysis of a fascinating period, a moment in the emergence of “black politics” post-Reconstruction when the terms and shape of black political behavior were just beginning to take shape on a mass scale. The book focuses primarily on efforts to develop an “independent line” in black voting, breaking with the Republican Party that African Americans in Boston had been supporting since the 1850s. The goal of doing so was to better leverage black voting power to force both parties – or any new alternative – to take black interests into account. The efforts would ultimately be a failure in this period, as the national Democratic Party remained firmly committed to white supremacy; but Bergeson-Lockwood argues that the independent movement helped undergird patterns of black political engagement that were self-consciously outside and separate from the parties.